In a Company Crisis, the Best Defense Is a Good Offense

When something goes wrong in business, by accident or by design, those companies with a better chance of emerging from the crisis with their reputations in tact are those with the benefit of the doubt from the beginning. If a company is already acknowledged as an upstanding corporate citizen because of how it treats its employees, contributes to the community or minds the Earth, it will be easier to tell its side of the story and have earned trust to resolve the crisis.

Take for example a leading food producer that for the most part has little public brand recognition because its primary customers are commercial and located overseas. When a national environmentalist group targeted them for using chemical pesticides, they went from relative unknown to having its public image be created by an outsider. Executives were forced to respond from a back-on-your-heels defensive position.

The company had to counter the public challenge that they use poisons in their product and pollute the earth – assertions that were not even true. But because they had to communicate from a defensive position, initial public opinion swayed against them. The work to educate audiences about their little known leadership is environmental standards in the category took time away from the day-to-day business and took a year to affirm, not without some skepticism.

This is a common scenario, unfortunately. From manufacturing to financial services to retailers, those businesses that let others write the script will lose control of their identities and in turn lose the benefit of the doubt in a crisis that devolves to “he-said-she-said” and finger pointing.

Thankfully, there are ways business can take preventative measures that extend more deeply than communications and extend to how a company performs overall, and in the process truly develops those enterprises into thoughtful corporate citizens. 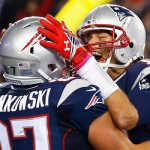 First, focus on your team roster. Review policies and procedures from employee handbooks to safety procedures. Are you compliant with state and federal rules? Go on the offensive and consider what steps your business can take to go beyond the basics from personal safety and ergonomics to workplace diversity and sexual harassment training. Then communicate. Hold brown bag lunches, town hall forums, send emails and memos, communicate directly from supervisor to employee then listen in return, all the way through the assembly line or cashier. Employee support of the company is critically important in a crisis when they have “skin in the game,” where they share accountability and can affirm the company’s good will and good behavior.

Secondly, show your “fans” your appreciation. The “fans” include customers, community members and in some cases the media. Be sure to treat customers fairly and if there is a complaint, give it a proper hearing. One disgruntled customer complaint on Twitter or Facebook can quickly become a crisis that spins out of control. JetBlue Airlines famously took to Twitter to respond directly to customers when facing extreme runway delays.

The community where the business resides may not always be a customer base, but is still an important fan, hosting employees and deciding on tax breaks, real estate permits and more. A good corporate citizen will contribute to the community in a variety of ways. Some companies establish scholarships for local high school students. Others volunteer for clean up days or trail building. Many participate in the annual United Way fund drive.

Third, the coach is responsible for setting the standard and leading the corporate culture. When the news came out that a previous Red Sox coach allowed players to drink beer and eat fried chicken during a game, the public went wild, as the team was in a losing season. The C-Suite and executive team has the responsibility to be the face of the company’s citizenship efforts, and why not, as when a major crisis strikes that same CEO or president is the one who most often delivers a public explanation or apology.

Fourth, be transparent and authentic. It should go without saying that a company’s citizenship actions should be authentic and not a veneer to cover up bad behavior. Inauthenticity will only make defending a crisis worse and may blow up beyond a single incident or accident into a broader indictment on the company as a whole. When something goes wrong, it’s better to have Cal Ripkin on your side than steroids user Barry Bonds. Who are you going to believe?

Finally, talk it up. Just like the blustery boxers before a match, be sure your stakeholders know about your efforts. Wal-Mart ran a television commercial in fourth quarter 2014 that put them ahead. The spot is not about their usual low price guarantee. Instead it shows a variety of employees praising the company’s charitable gift matching, employee benefits, sustainability practices and more. For a company that is consistently challenged for whether it pays fair wages, the commercial counters its critics.

Not all businesses are able to run a TV commercial. But all are capable of supplementing their annual reports with Corporate Social Responsibility or Citizenship reports that outline the aggregate of their work, across the board. Awards for citizenship, environmentalism, community participation and service are public, third party affirmation of that good work. Company executives and spokespeople can take the lead and provide thought leadership to others on how to develop a corporate culture of responsibility to others.

As the saying goes, it takes years to build trust and just a moment to take it away. Sure there will be fumbles along the way. Companies will inevitably face natural and man-made crises at one time or another. Those with solid reputations for being upstanding corporate citizens will benefit from having already earned points for doing the right thing and be best positioned to emerge stronger after the storm.

Stayup-to-date with Giving Strong and all we do!

You have Successfully Subscribed!