A green Lambo? Sure, I’ll take it! 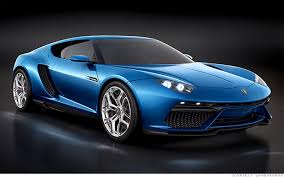 Two years ago I bought a plug-in Prius and I love it. I love the novelty of pulling into the garage and plugging it into the wall to charge. I love that I can zip around town entirely on electric power, and not use any gasoline. I love that I can make it to a meeting in Boston and return home on one tank of gas. And I love that the cost of filling the tank is always under $30 even when gas prices were so high.

Not everyone reveres the so called “eco-chic” status of a Prius that I do. It’s not exactly the kind of car you’d see one of Bravo’s status conscious Beverly Hills Housewives driving. So it is encouraging to see that beyond Tesla there are now luxury and super luxury automakers that are coming on board. Earlier this year Lamborghini unveiled its plug-in Asterion at the Paris auto show. This is proof that you can go green without suffering performance as the Asterion will race from 0-62 mph in 3 seconds and has a top speed of 199 mph (although the top electric speed is admittedly a tame 78 mph).

That’s not all. Just in time for Christmas, earlier this month BMW announced all of its vehicles will soon have a plug-in option, including its Rolls-Royce Phantom within three years. So naturally Audi is introducing an ambitious diesel hybrid plug-in Q7, the first in the Volkswagen family.

That’s cool. Luxury automakers are figuring out that sustainable vehicles are here to stay and will be increasingly in demand by their customers. For my Christmas list this year I don’t need the Lamborghini Asterion in red, green is just fine.

Stayup-to-date with Giving Strong and all we do!

You have Successfully Subscribed!